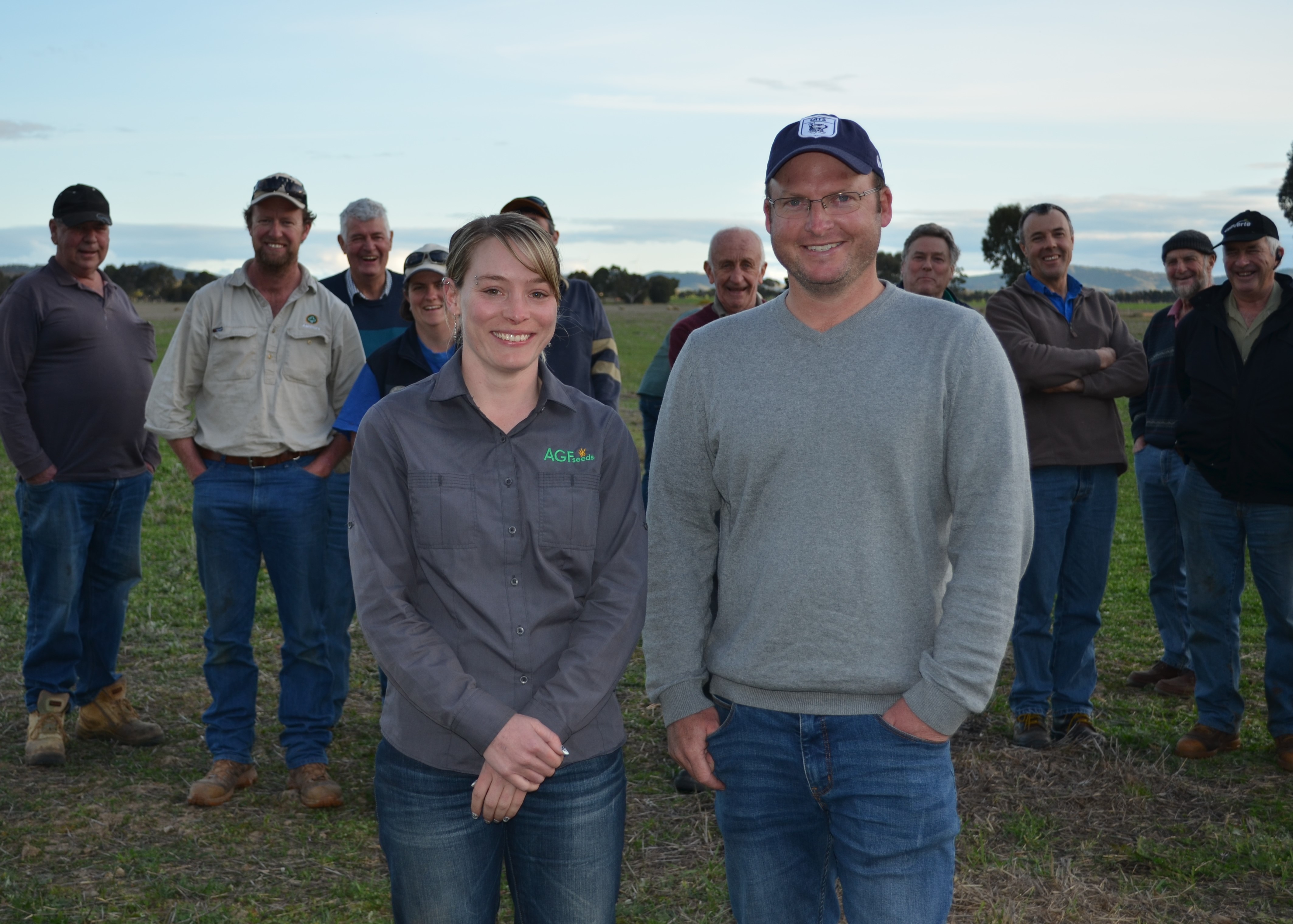 Concongella Landcare group promote productive and regenerative farming through use of cover crops
During March and October this year, the Concongella Landcare group provided two information sessions for local farmers on how to increase farm productivity with the use of cover crops. Cover cropping is the planting of a crop in between cash crops for the protection and improvement of the soil. The sessions were delivered with the presentations from Ms Jade Killoran from AGF seeds, who has studied cover crops at La Trobe University and has had several years of experience helping growers choose options that suit local conditions.
“Cover crops are gaining recognition from growers internationally as a strategy for rebuilding soils and reversing the effects of wind and rain erosion”. Says Mark McLean of the Concongella Landcare group who helped host the event. “Cover crops can be used to help build soil and minimise exposure to the elements, especially during the dry, harsh summer months.”
Ms Killoran provided information on the use of crop options that can be sown outside the conventional autumn sowing times. For example, sorghum, millet and forage brassica can be sown in late spring to provide ground cover over summer and a good source of stock feed in late summer, when pastures are usually completely grazed.
The sessions were well attended with 15 to 20 people at each and are helping to promote the use of cover crops in the local area to improve farming productivity and advance sustainable farming. There is a wealth of information on Twitter as lots of farmers are trying cover crops and Jade has her own Twitter feed “Aus Cover Cropping” which she keeps populated with general cover crop information and results. The sessions were funded through the Wimmera Catchment Management Authority and were run with assistance from Project Platypus.
More information:
Andrea Mitchell Local Landcare Facilitator mob 0419 841 834
Mark McLean Concongella Landcare mob 0438 044 761
Jade Killoran AGF Seeds mob 0499 456 263