We have been treated to amazing wildflower displays for several weeks now, but in the last week or so a slightly late bloomer has joined the party in a big way – the vanilla lilies! 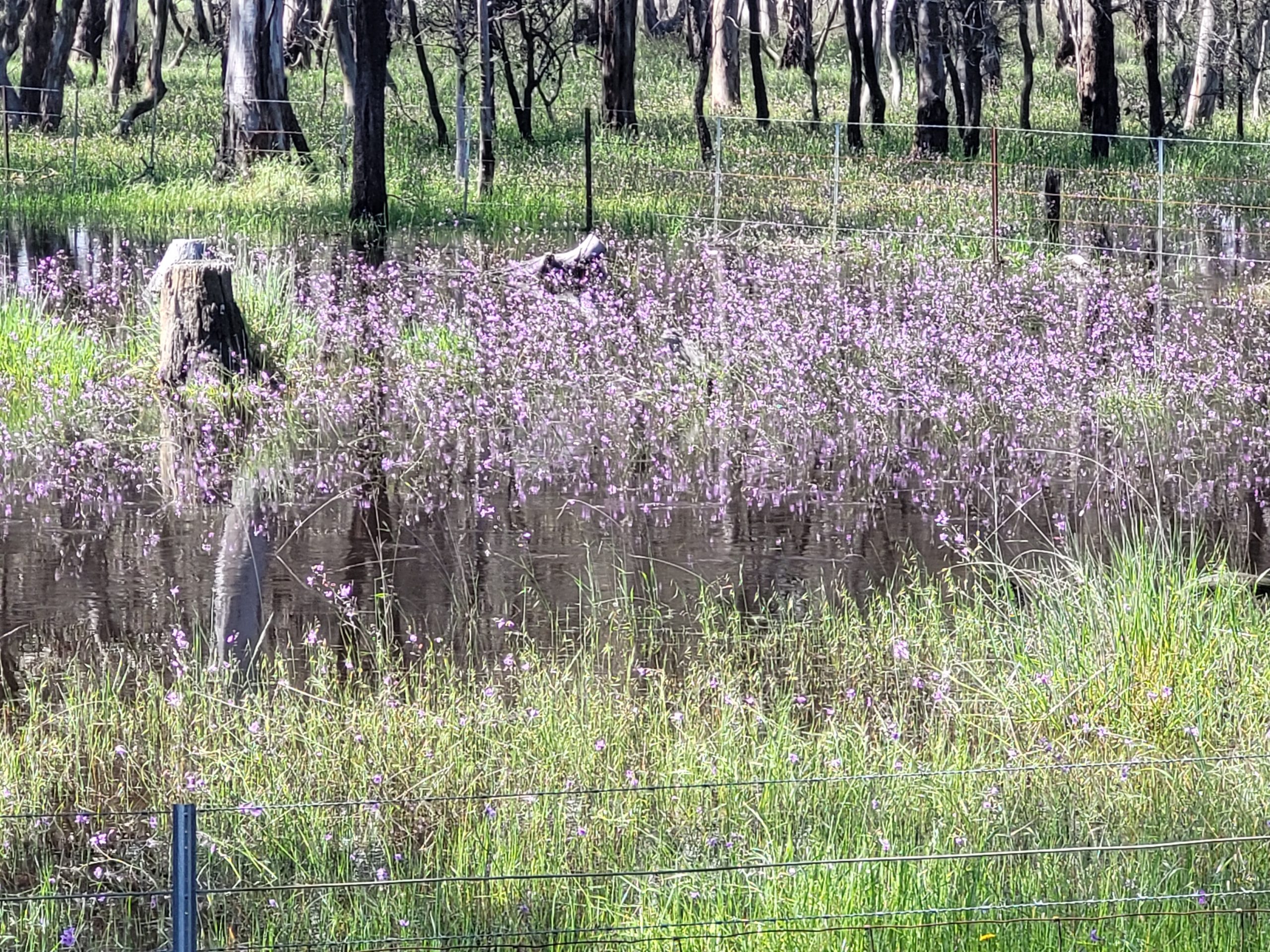 Vanilla lilies form the genus Arthropodium. There are 18 species all native to Australasia (Source: the Atlas of Living Australia). Five of these species are found within a 50km radius of the Project Platypus office in Stawell. These are, in the order of commonness (based on occurrence records in the ALA):

These species are all perennial and grow from tubers. They are relatively straightforward to tell apart, though if you love getting into the nitty gritty, VicFlora has an interactive key to these species here. 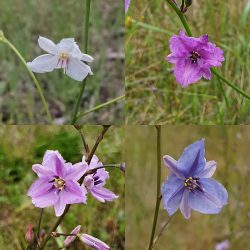 These photos show what a beautiful diversity of colours these flowers can come in, all just from the patch growing in my own backyard!

Similar to many of our native plants, the vanilla lilies all evolved a close relationship with fire.

These perennial lilies grow in grasslands and grassy woodlands in the gaps between grass tussocks. They are not actually very good at maintaining long term seed banks, because they lack a way for the seed to stay dormant. Researcher Ian Lundt from La Trobe University showed that 95% of Arthropodium seeds deposited underneath the soil within a kangaroo grass dominant grassland germinate within 12 months, along with over 80% of the seeds deposited on the soil surface  (Lundt 1995).

This makes regular fires quite important for these ‘fast germinators’, as they can’t just lay in wait for many years for a fire to open up space for new seedlings to germinate. The number of viable seeds in the seed bank declines quickly. 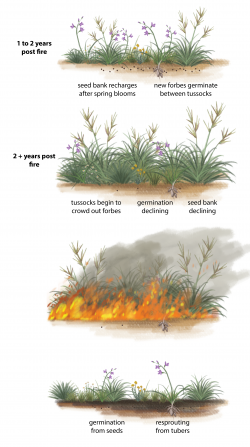 These types of ‘fast germinating’ forbes will flourish for a couple years post fire, but some species, like scaly button, are observed to start to disappear when grasslands go 5 to 10 years without fire, or some other disturbance that can thin the tussock grass canopy. The problem is the individual plants begin to die of ‘old age’ without having had a chance for a round of post-fire seed germination.

Things are a bit easier for the Arthropodium due to the fact that Arthropodium form tubers and thus can also reproduce vegetatively. The tubers can allow them to persist under thick tussock canopies, and eventually recolonise after a fire vegetatively, even if by that point most of the seeds in the seed bed have already become unviable. This may allow Arthropodium to tolerate longer gaps between fires than other grassland forb species without tubers (Lundt 1994). However, too long a gap between fires could still cause them to drop out of a grassland. 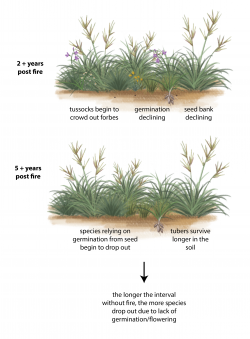 Researchers at Charles Sturt Univeristy and the National Seed Bank recently showed, through germination experiments in a lab, that Arthropodium strictum actually has an ‘inherent’ germination response to fire (with the combination of heat and smoke acting as a cue). ‘Inherent’ just means fire alone is enough of a cue to trigger germination, without also requiring additional cues such as a seasonal temperature change, or dry period after seed dispersal.  However, germination success was still improved when those additional cues were present (Hodges et al. 2019).

both heat and smoke act as germination cue

This finding is actually quite unusual for a grassland forb, which are traditionally thought to have little reliance on the fire itself as a germination cue! Knowing this could even improve the success of restoration projects that include Arthropodium, as seeds could possibly be treated with ‘fire cues’ pre sowing to improve germination success.

Enjoy the beautiful show of lilies that is now in full swing!

Lunt, Ian D. (1994). “Variation in flower production of nine grassland species with time since fire, and implications for grassland management and restoration.” Published in the peer-reviewed journal: Pacific Conservation Biology

Hodges, Joshua A., et al. (2019). “Evidence for direct effects of fire‐cues on germination of some perennial forbs common in grassy ecosystems.” Published in the peer-reviewed journal: Austral Ecology